Morocco: President Azali Assoumani of the Comoros receives the Continental Award of the Trophy of Africanity 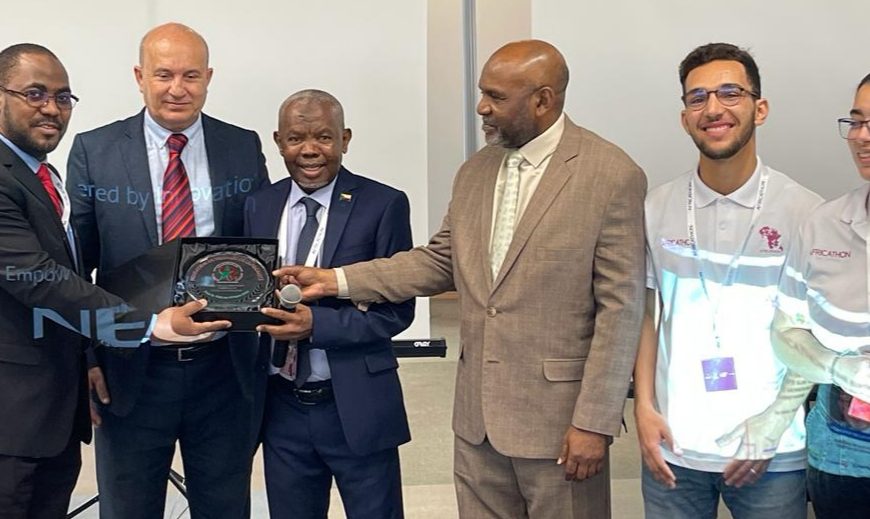 The ambassador of the Republic of Comoros received this Saturday, the Prestigious Trophy of Africanity awarded to the President of Comoros Azali Assoumani, on the occasion of the Africathon organized at the Mohamed VI Polytechnic University of Ben Guérir in the region of Marrakech Safi.

The Africanity Trophy Foundation has chosen to celebrate the dynamics of H.E. Azali Assoumani President of the Republic of the Union of the Comoros in tribute to the reforms initiated since his accession to the presidency of the Republic, the investments made in infrastructure (roads, electricity, etc.. ) and in particular the commitment to face the challenges and international stakes through the Emerging Comoros Plan, a tool for mobilizing the whole Nation to succeed in its development and its full regional integration, to honor its international commitments and to contribute to the well-being of humanity. A true vision for the achievement of the Sustainable Development Goals and the African Union’s Agenda 2063.

Comoros is also, as a reminder, the first nation to open a consulate in Laayoune. Never a country, had written in its columns Jeune Afrique, even among the greatest friends of Morocco, had crossed such a threshold by endorsing a diplomatic representation, even honorary, in one of the cities of the Moroccan Sahara, subject of a territorial dispute that drags for forty-four years.