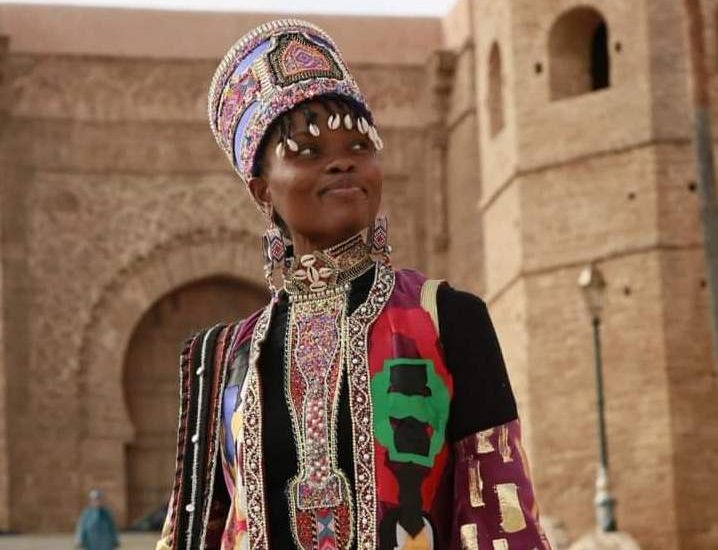 Princess Nokulunga (Lunga in short and snake lady as a stage name)
is one of the best and most famous contortionists in the world. This
talented young lady began her professional career at the age of 9
after accelerated training administered by one of the South African
greatest Master of All around Arts the Continental Emperor for
Peace and Culture His Majesty H. Malatsi Siwa from South Africa.
She is currently known as the Princess of all circuses around the world
as an international Contortionnist.
Indeed, she started in the greatest African-American circus known as
UNIVERSOUL CIRCUS; where under the supervision of the
Continental Emperor for Peace and Culture His Majesty H. Malatsi
Siwa, she was among American red carpet stars such as the Jackson
family, Magic Johnson, Whitney Houston, Wyclif, Kelly Rowland,
Nas, Steve Harvey, Tony Braxton,Tyrese Gibson, ChrisTucker,
LaurenHill, Erica Badu, the King of Swaziland, but also performed for
high dignitaries such as Nelson and Winnie Mandela, Desmond Tutu
etc.
Due to the demand, the Continental Emperor for Peace and Culture
His Majesty H. Malatsi Siwa continued across the Continent to
promote themessage of peace, sharing his skills and knowledge to
empower other youth, vulnerable women and victims of wars, for
them to be economically independent. His various achievements
earned him the recognition of Presidents, Kings and organizations
such as UNESCO, IOM, ICESCO…as today’s MANDELA of Africa.
Based on his teachings, Princess Nokulunga was then able to
continue her career and managed to break world records through the
United States, Europe, Asia and Africa.
The recognition of her talent on the international scale has allowed
her to travel to various countries such as Russia, Canada, Tunisia,
England, Germany, Japan, Nigeria, Zambia, the United States,

Swaziland, Switzerland, Austria, China, Mongolia, Israel, Qatar,
France, Seychelles, Monaco, Italy, Rome, Bahrain, etc.
Unfortunately after giving birth first in 2013 and then in 2018,
Princess Lunga gained weight (she was now 95kg) and couldn’t
perform any more cause she lost her talent. She then lost her job as
a contortionist and started working as a waitress in a night-club and
handing out outlets for strip clubs. She tried to get some help around
her but it never worked and she finally gave up. 21 years later, she
reunited with the Continental Emperor for Peace and Culture His
Majesty H. Malatsi Siwa for him to retrain her and help find her talent
back. That’s how she joined him in Morocco in 2020 and within 3
months, he was able to make her lose 50kg and become more
flexible than before.
No one in the world believed that Princess Lunga could get her talent
back, but the Continental Emperor for Peace and Culture His
Majesty H. Malatsi Siwa helped her and she did. Today she appears to
be a role model as many organizations and youth are calling her to
ask for help and words of motivation.
Today, “SNAKELADY” defines herself as a young woman
representing the voice of women through awareness sessions,
coaching and experience sharing, motivation and capacity building,
in order to empower them and teach them to take care of themselves
as Mothers of the Continent and symbols of life because she believes
in God and his miracle.
Through her talent and her story, Lunga aims to contribute to raising
awareness, inspiring, motivating and empowering women and the
youth across the Continent and the world.