FIJET: Tijani HADDAD honored by the Prestigious Trophy of Africanity in Casablanca 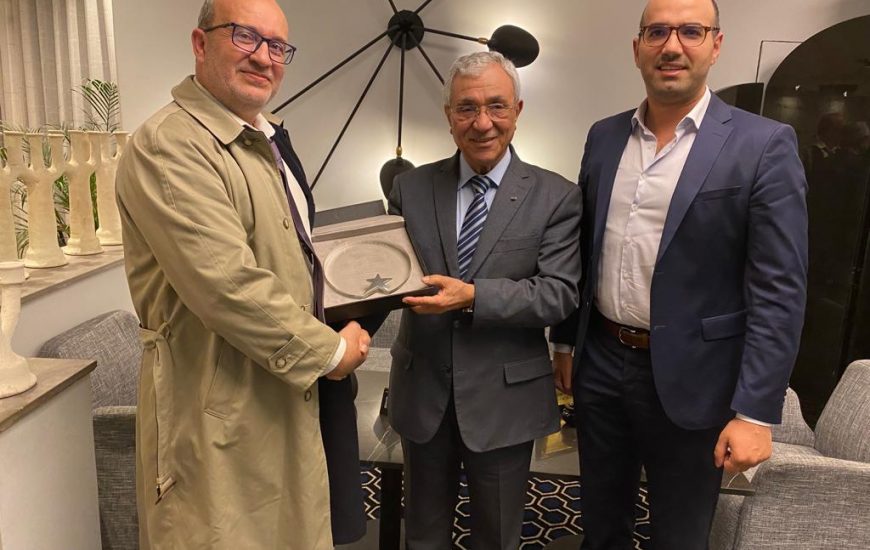 It is on the occasion of a Ftour Dinner organized, this Wednesday, April 27, 2022 by the AMJET FIJET Morocco, in the Gray Hotel SPA Casablanca that the Tunisian Mr. Tijani HADDAD, President of the FIJET (International Federation of Journalists and Writers of Tourism) was honored by the Prestigious African Prize « Trophy of Africanity » given by Nasrallah BELKHAYATE President of the Foundation Trophy of Africanity in the presence of a delegation of FIJET MOROCCO and eminent personalities of the Moroccan Tourism, of which: Najib SENHADJI President of AMJET FIJET MOROCCO, Mr Hamid BENTAHAR President of the CNT ( National Confederation of Tourism ), Mr Hafid OUCHCHAK Member of Parliament Mayor of the city of Sefrou, Mr Farid KHELFET DG Tunis Air Casablanca …

This testimony of continental recognition was celebrated in tribute to the efforts made by President Tjjani and his team for 26 years to build the IFJET, an international organization that now includes nearly 42 member countries.
A great pride certainly of Tunisia, the Maghreb, but also and especially of Africa which contributes to the radiation of world tourism and peace between the people of the 4 corners of the world.